Michael Gottdenker glimpsed the future over a bowl of pasta earlier this year, and he liked what he saw.

The chief executive officer of Hargray Communications, a telecommunications company servicing South Carolina and Georgia, was having lunch with billionaire Jim Davis, founder of family office Redwood Capital Investments, and his adviser David Watson. Over the previous week, the two had taken a liking to Gottdenker’s company. “I didn’t think that family offices would make direct investments,” Gottdenker says reflectively, “or if they did, I thought that it would be a lot of work to get their interest.” And yet, between bites of Italian food at a restaurant in Columbia, Md., he came to realize that he could be speaking with the new owner of Hargray, a business that he had helped turn into a half-a-billion-dollar company. He shared the story of an employee who had worked her way up the business—all the way from the company’s call center to management.

Gottdenker’s story, which highlighted the potential he saw in employees, seemed to resonate with Davis, who’d made his fortune as the co-founder of a staffing and recruitment company. And so, not long after the coffees disappeared, Davis told his would-be partners—two other family offices vying to buy Hargray—that he wanted in on their deal to acquire the company. There were other potential suitors waiting in the wings. In order to succeed, Davis and his partners would need to beat private equity, not to mention other strategic acquirers, at their own game.

Families were once regarded as slow-moving and inexperienced investors, but that’s all changed in the past few years. Looking beyond traditional investments in stocks, bonds, or even alternatives such as hedge funds, many family offices—vehicles that manage the investments and affairs of the wealthy—have pursued direct investments in companies and real estate. The most sophisticated ones are turning into investment giants, leveraging their patient capital and regularly pitting their checkbooks against private equity firms. They’re also going so far as to hire away top talent, scouring the country to beat other players to attractive targets and competing with them for big-ticket deals in companies worth hundreds of millions, or even billions, of dollars. And perhaps most surprising of all, they’re winning. That’s because one of the biggest advantages families can have over traditional private equity is speed.

This was particularly effective in the case of Hargray, whose sale to Davis and his partners became official on March 7. Its private equity owners, Quadrangle Group LLC, had periodically been seeking to sell the company as it wound down its Quadrangle Capital Partners II fund. In the fall of 2016, several attractive offers began to emerge. One came from a member of the company’s board: Kevin Wilcox, a managing director of Stephens Capital Partners, a single family office that oversees the wealth of businessman Warren A. Stephens. They sought a partner and soon caught the eye of The Pritzker Organization, the Chicago-based investment firm for Thomas Pritzker. The two firms quickly started due diligence. After two months they had the outline of a deal, but the price they’d have to pay was steep. They needed to recruit a third partner, and with other buyers looking at the company, they had to move fast. That’s where Davis came in.

Davis’s Redwood Capital Investments reveals little on its sparse website, except that it can complete deals quickly. In just a few days, Davis’s firm was able to comb through diligence completed by the other families, conduct some of its own, and catch up with its new partners. Eight days later—less than two weeks after Redwood first heard about the deal—Hargray announced that the consortium of families, led by the Pritzker group, would buy the company. The terms weren’t disclosed, but Hargray took out a $450 million term loan to fund the buyout, according to a person familiar with the matter, suggesting the company was valued at least that high.

“There’s a network that’s growing of the big family offices who do these kinds of deals,” says Joseph Gleberman, managing director for The Pritzker Organization. “I was in the private equity business at Goldman for a long time, and it’s not dissimilar to what it was like 20 years ago, when you started to see Blackstone do a deal with KKR or Goldman do a deal with Warburg Pincus.”

(Members of this group often insist on the terms “family capital,” “family investment firm,” or “permanent capital investors” rather than “family office,” in an effort to avoid being associated with the more mundane details of family upkeep, like arranging a billionaire family’s travel schedule or even paying their taxes.)

For Gottdenker, the difference in management style is already apparent under Hargray’s new ownership. “We’re talking about our plans in ways that are different today,” he says. “Private equity is thinking of where we are going to be in three to five years. Now we can talk about what we want to look like in 2030.” 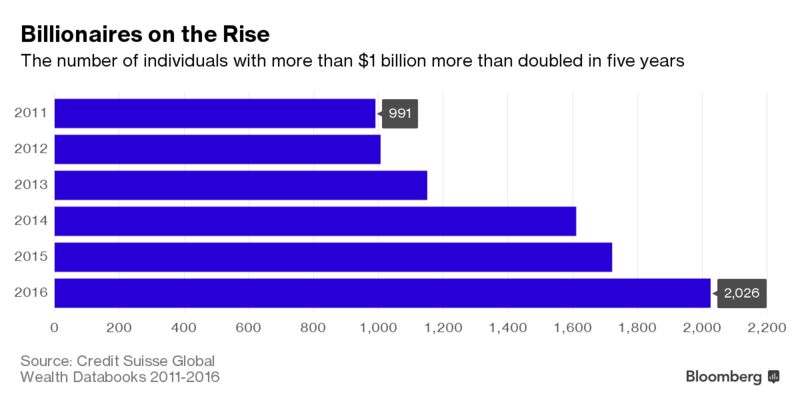 He’s not the only one who feels that way. For Ben Livingston, chief executive officer of plastic container manufacturer Ring Container Technologies, finding a long-term buyer was so important that the company included only a handful of family offices and long-haul private equity funds in its sale process, ruling out strategic buyers and most private equity. Ring announced on Sept. 14 that its chairman, Carl Ring, would sell his stake in the firm to MSD Partners, which invests the assets of Michael Dell and his family.

Family capital can offer benefits a run-of-the-mill private equity firm can’t, including experience operating a similar company or regional expansion. And unlike private equity, which is forced to exit investments after five to seven years as their funds expire, capital from families doesn’t come with a fixed expiration date. This also allows them to spend money more freely on acquisitions.

There are softer selling features, too. Family capital can be more willing to offer the family a way to remain part of the business and more open to letting management continue to operate than a private equity firm might be. “Family-owned companies like the idea of a like-minded family owner because they like that notion of stewardship and continued legacy,” says Susan Elolampi, head of the family coverage group for North America at JPMorgan Chase & Co.’s investment bank. “They would like to have a long-term patient owner, who might be less likely to move the business from its hometown, fire workers, or make decisions that may be good for a company’s near-term valuation but harmful for its long-term prospects.”

Certainly, part of their success has to do with the ability to stomach steep price tags. TBG AG, the investment arm of the Thyssen-Bornemisza family that’s based in Zurich, wasn’t the only buyer interested in DTN, a unit of Schneider Electric SE and provider of weather, fuel, and agricultural data and analysis. Strategic acquirers and private funds were also knocking on the door when Schneider put the unit up for sale, according to Jerre Stead, DTN’s executive chairman and TBG board member. TBG ultimately came out ahead, acquiring the business this year for $900 million.

Stone Canyon Industries, a firm backed by the wealth of former junk bond legend Michael Milken, paid $2.4 billion when it bought packaging company BWAY Corp. In April, it persuaded the private equity owners of another packaging company, Mauser Group NV, to drop an initial public offering and enter into an acquisition through BWAY at a valuation of $2.3 billion.

Although it resembles a private equity firm on its face, Stone Canyon appears more interested in building than the traditional PE firm; in the BWAY-Mauser tie-up, the firm paid top dollar to combine already massive packaging companies in order to meld their bases in the U.S. and Europe.

The Los Angeles-based Stone Canyon, formed in 2014 by James Fordyce and Adam Cohn, targets companies valued from $100 million to $2 billion and are the top one or two players in industries it follows, according to a person with knowledge of its executives’ thinking. Because these companies are so large already, it’s easier for them to make strategic acquisitions, relying on Stone Canyon’s dealmaking, investment prowess and economies of scale.

Bankers, advisers, and family office employees who have been part of these sorts of deals provide conflicting estimates of how many family offices are capable of such acquisitions, ranging from a half-dozen to several hundred. What’s clear is that they’re getting better at working together to pool capital in a short time frame to go after deals together and compete on price.

The amount of capital moving around has ballooned as well. Family offices did $100.6 billion in deals in 2016, compared with $25.1 billion in 2011, according to figures compiled by PitchBook Data.

Sensing the disquiet, private equity firms have begun offering new perks to large family offices that make direct investments as part of a marketing pitch. Fifty-eight percent of private equity fund managers offered investors the opportunity to make co-­investments—or to invest directly in a company alongside one of their funds—in 2016, up from 45 percent in 2014, according to data from Preqin. And even the largest and best-known of these private equity funds have gone to great lengths to draw family office clients, in some cases allowing them to co-invest without already being a client. Firms such as Carlyle Group Inc. and Blackstone Group LP have also been crafting longer-term investment vehicles seeking to appeal to more permanent investors such as families, endowments, and sovereign wealth funds.

Families aren’t cutting private equity out of the action entirely. That was the case when the partners of Blue Water Worldwide LLC, a holding company capitalized by several families to buy and operate businesses, hatched a plan to buy distressed stone quarries in 2009. Even working with the family of John D. Baker II, the former CEO of Florida Rock Industries Inc., they knew they didn’t have enough money to do it themselves.

And so the families turned to Lindsay Goldberg, a now-$13 billion private equity firm that focuses on deals with family-owned businesses, to put up the majority of the cash necessary to fund the entity and provide dealmaking expertise. Called Bluegrass Materials Co., the group started purchasing assets in late 2010. Building materials company Martin Marietta Materials Inc. announced this June that it would acquire Bluegrass for $1.625 billion.

“We knew we needed access to a significant amount of capital,” says Benjamin Griswold, a member of the eighth generation of the family that formed investment bank Alex. Brown & Sons in 1800. Griswold and his stepbrother William Whitridge founded Blue Water in 2007. “Capital calls and scalability are a real advantage for private equity and an Achilles heel for families,” Griswold says.

Robert Blabey, the CIO of family office advisory firm Align Private Capital, who works with Blue Water consulting on investment and corporate strategy, adds: “The benefit to working with private equity firms is it’s one partner and it’s one static capital pool, so if they make a commitment the money is guaranteed.” Then again, permanent capital is a strong allure. “If you can find like-minded families that have the same priorities,” he says, “and if the stars align, then that can be a pretty powerful combination.”

This article was written by Simone Foxman from Bloomberg and was legally licensed through the NewsCred publisher network. Please direct all licensing questions to legal@newscred.com.

The views expressed by the author are not necessarily those of Fifth Third Bank and are solely the opinions of the author. This article is for informational purposes only. It does not constitute the rendering of legal, accounting, or other professional services by Fifth Third Bank, National Association or any of their subsidiaries or affiliates, and are provided without any warranty whatsoever. Deposit and credit products provided by Fifth Third Bank.

The Opportunities and Risks in Tariff Engineering

What Candidate Experience Means in a Tight Labor Market